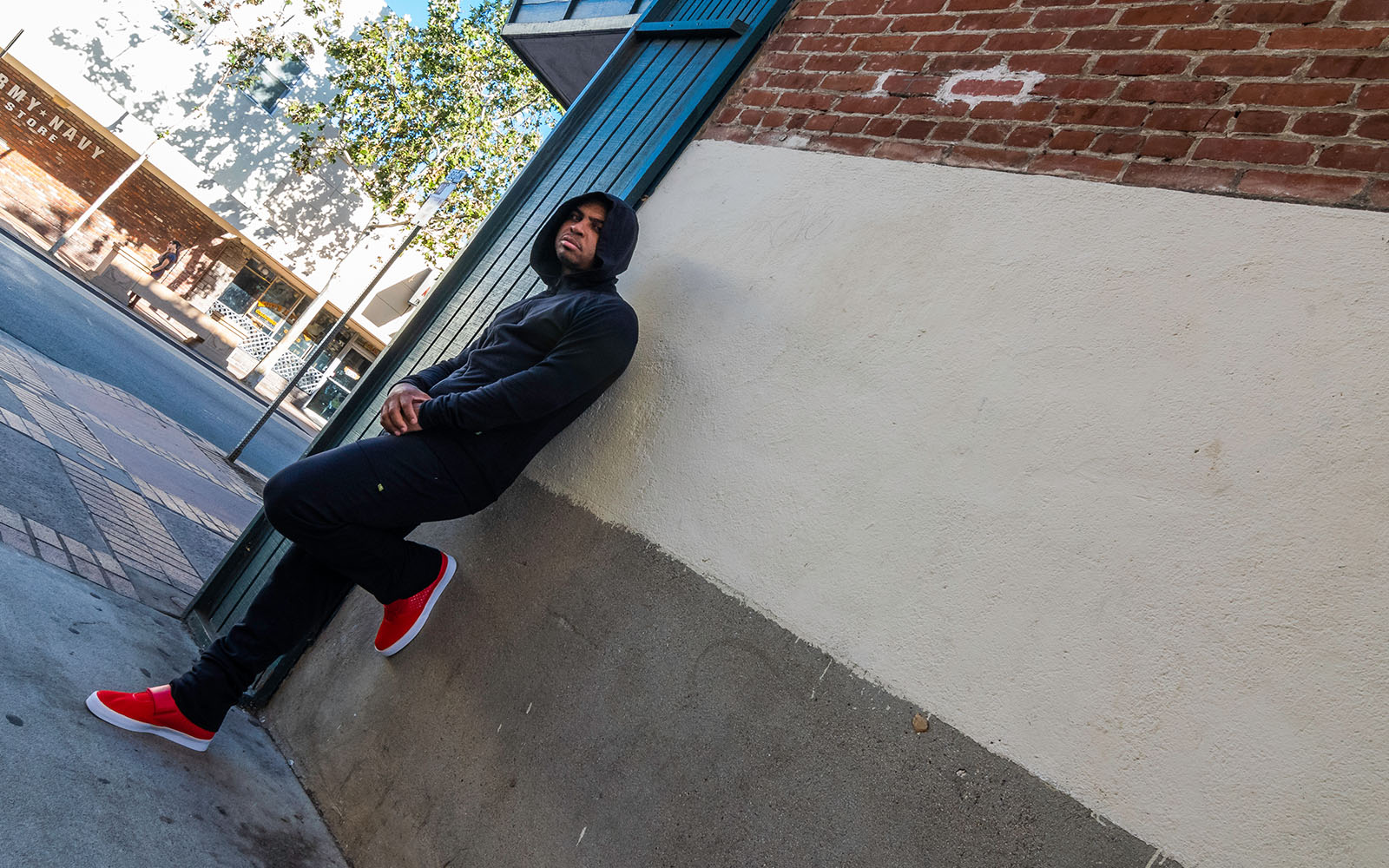 Tell us about who you are, where you’re from…. (Parents, siblings, where you grew up):

My mother’s name is Valerie, also known as “Nancy Reagan” in the hood…I was born and bred in Newport News Virginia, more specifically DENBIGH which is known as uptown….The Colony/Ft Eustis Blvd is where it all began…the makings of me!!! I have 8 other siblings. Although mainly raised by my grandmother Nettie, it was a collective effort by my aunts and uncles as well to guide me to greatness…not to mention cousins and neighbors who were instrumental…

What has your journey been like, from adolescence to adulthood?

I’m not certain that I can make sense of it all as my understanding of that journey and why it was what it was is still being revealed to me thru my music… As much as I would like to say that I do this strictly for the people, I too benefit from this gift that God has molded in me… it’s greatly therapeutic for me… the more music I make, the more I understand myself…With that being said, I graduated from Denbigh high school clutching the world in my palms. Who knew that 30 days later I would become inmate #226362….

What drew you to music?

I was never drawn to music, I was driven by music.

When did you know you had a gift?

Honestly around 7 or 8 I was writing rhymes on all four walls in my room… I would write on anything within reach…nothing was safe.. .by middle school (6th grade), I was rapping in the lunch room battling this white kid by the name of Kevin Windle. He still remains a longtime friend of mine.

Tell us about the prison life, what led up to that, lifestyle?

Being young, dumb and fearless, I never thought that incarceration was so easily obtainable of that it could even happen to someone like me…I thought prison was only for “bad people” and “bums”, not high school graduates like myself haha..

What did you learn about yourself in prison?

I obtained and endless wealth of knowledge from the “bing”…one of the things it revealed to me about me was that I am who I say I am, NOT who others predict me to be.

How did music impact you while in prison, what did you learn about you?

When did you start taking music seriously?

Hmmmm trick question!!! Let me jus say this, the one thing i remember about my early embrace of music was that I always had a mature confidence in myself and  a killer instinct for it…I knew it was my fuel!! Fast forward to prison, I began battling other rap dudes on the “yard”…Slaughtering anybody and taking all bets…in some ways and at certain prisons, my crew changed the game…my whiteboy “C-lo Spinoza” (Cabell Clatterbaugh) was cold!! My other boy “Ming” (Leroy Watkins) was sinister!!! Undefeated and always a “clean body”!!! The “Rap God of the  Yard” and that’s facts…ask around!!

Life after prison, how is music impacting your decisions you make today?

Music is still my fuel, probably more now than ever…this little football dude by the name of David Macklin, seen something in me…heard something in my voice that was past the music…he seen a diamond in the rough, a rarity, that needed to be cultivated and put on display…not just for the money or the fame, but more for the purpose driven…

WyFy Community has an outreach platform for its artists, what causes most impacts you on a daily basis that you are supportive of which you’d like your fans to know about?

What do you want to say to the world through MUTOsMusic?

MUTOsMusic brings what to the industry, what are your thoughts about the state of rap/ hip hop today?

My music offers another set of ears (to listen thru) and eyes (to see thru) so that maybe one could look at life from a different perspective…one that triggers greatness within them or someone around them…I’m just an instrument and I don’t always get it right but I try to pay it forward thru my music.

How excited are you about your new project?

Contrary to popular belief, I’m still in awe and trying to comprehend the magnitude of this opportunity…I pressure myself every day to remain humble and not to overthink my role…everything that I need in order to reach my level of greatness and bottle it up is within…I just have to pay attention to signs and symbols…listen to life…and channel my organized confusion into a language that can be interpreted by those that somehow, someway  and for some reason are impacted by my anointing.